With our flexible booking terms, you can Relax & Book with confidence - Read More
Mendoza
Home Destinations Argentina Mendoza
GET IN TOUCH
Enquire About Your Holiday To Mendoza
BOOK A CALLBACK
Fill out your details below and we'll arrange for a travel specialist to call you at your preferred time
CALL US
Mon to Fri: 9am-5:30pm
Sat: 12pm-4pm 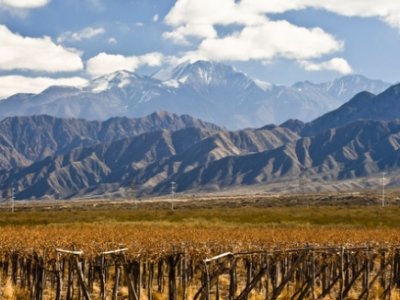 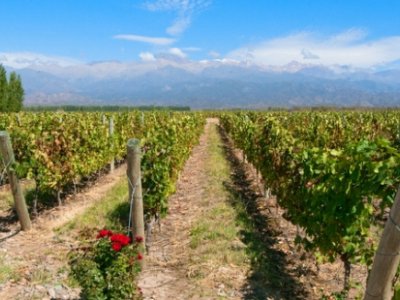 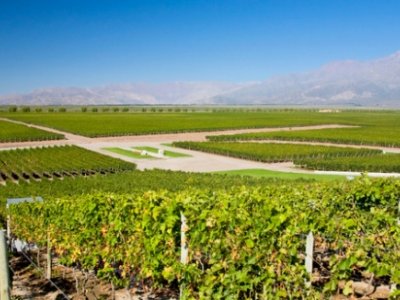 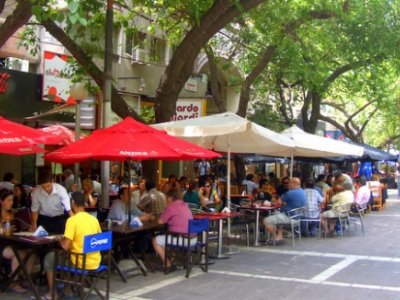 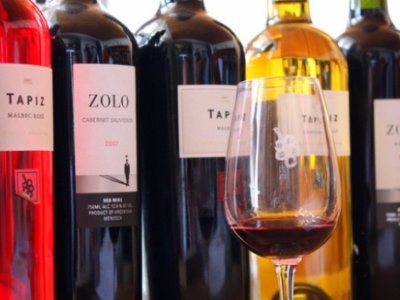 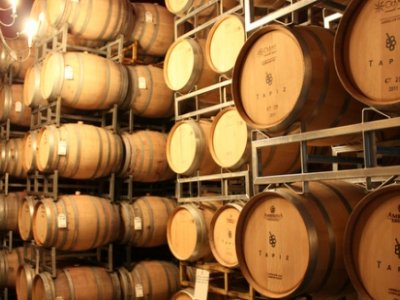 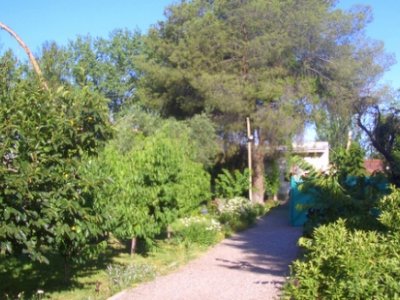 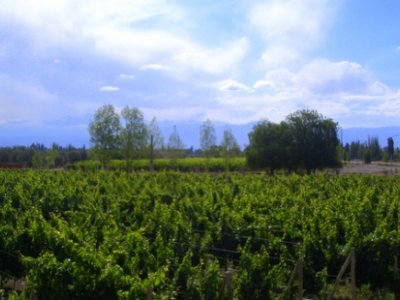 Overview
Send An Enquiry
Enquire About Your Holiday To Mendoza

Mendoza is one of the most attractive provincial cities in Argentina with elegant tree-lined avenues, well-kept parks and a good selection of shops, restaurants and evening venues. The city prides itself of its historic heritage, excellence of its wines and the beauty of the surrounding Andean landscape.

They do say that the beauty of Mendoza really begins once you leave the city and head out into the countryside. There are countless vineyards and bodegas in the towns and villages that are spread throughout the region. Lush green vineyards stretch for miles against the stunning backdrop of the Andean mountains and you can spend days just travelling round sampling the wines of each bodega.

For the more adventurous, the surrounding landscape is an outdoor enthusiasts dream with lots of activites including trekking, horse riding and fishing. One of the most popular activites is white water rafting as the Mendoza and Tunuyán rivers offer the perfect mix of class 3 to 5 rapid courses.

The centre of Mendoza is relatively compact and its an ideal place for walking around on foot. The vineyards take around half an hour to reach on a day tour from the city. For this reason most people prefer staying in the heart of the vineyards where you can stay on selected bodegas or wine lodges and completely immerse yourself into the world of wine.

Temperatures in Mendoza are generally warm throughout most of the year so anytime is a good time to visit. The beginning of March is the harvest festival and availability during this week can be difficult.

Looking for inspiration? Check out some of our Argentina Itineraries.
Sights

The area is famous for wine and there are countless vineyards and bodegas in the towns and villages that spread down the Cuyo region. Lush green vineyards stretch for miles with the stunning backdrop of the Andean mountains. There are a number of great tours that take you around the various bodegas enabling you to learn about the wine production process and ofcourse  taste a few of the different wines as you go. Mendoza is famous for the production of Malbec, however you will find the area also produces lots of different varieties including Cabernet, Merlot, Savignon Blanc and Torrontes. Even better, you can stay on selected bodegas or wine lodges and immerse yourself completely into the world of wine.

Its hard to miss the imposing Andes Mountain range while you are staying in Mendoza. However you do not have to admire from afar as there are a range of tours that take you from Mendoza up into the Mountain range. Once you get up into the mountains there are countless breathtaking views on offer as well as some great towns and areas to visit. A popular one is the Los Potrerillos ski centre from where you can view the Aconcagua mountain, the highest peak in South America and a major challenge for even the most experienced mountaineer. If you are interested in scaling Aconcagua Mountain please contact Latin Routes for programmes available.

Looking for inspiration? Check out some of our Argentina Itineraries.
Activities

All of the following activites are available in and around Mendoza;

Looking for inspiration? Check out some of our Argentina Itineraries.
Places to Stay 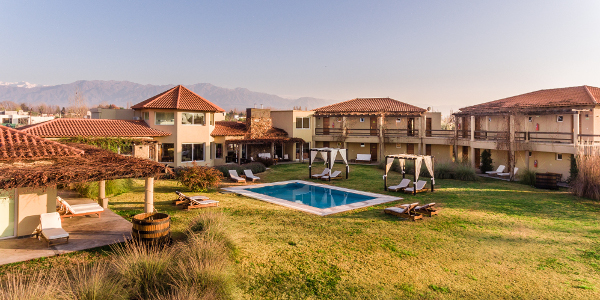 The Villa Mansa Hotel & Spa is located in Vistabella, 14km south from Mendoza, and among many vineyards such as Vistalba, Achaval Ferrer, Senetiner, Fraive Montmayou and Kaiken.

Looking for inspiration? Check out some of our Argentina Itineraries.
History

The History of Argentinas Wine Production

A little historical background illustrates how this region, has become something of a legend in the wine-growing world. When the Spanish conquistadores arrived in Mendoza, the region was occupied by the Huarpe native Indians in the Valle de Uco and the Northern region. The Huarpe tribe, pacific, agricultural and orderly in their lifestyle, impressed the Spanish with their ingenious irrigation systems in the Huentota valley which permitted them to cultivate corn and potatoes where the city of Mendoza now stands. As time passed, the irrigation system was expanded and the Spanish began to import other vegetables and fruit, including vines to plant in the region, developing a significant agro-industry at a time when there was little other agricultural activity of this nature taking place in the country.

In 1811, the Spaniard Don Antonio Solanilla came to Mendoza bringing with him an image of the Virgin seated on a small cart with the baby Jesus in one arm and a bunch of grapes in the other, who, as tradition had it, once appeared to impoverished miners in the Spanish province of Aragón. The Virgin and her bunch of grapes quickly became popular in Mendoza, and indeed, the legends tell that one night of terrible hailstorms the vine growers in desperation took her from her Chapel to the vineyards, whereupon the storms immediately died down. Thus, she became the patron saint of the Vine.

In 1884, the Mendozan authorities decided to attract specifically those immigrants who knew about wine-growing and sent a representative to Europe to recruit specialists and workers from Italy, France and Spain. The initiative brought many wine-growing families and entrepreneurs to the region with their treasured vines, families whose names now grace the labels on many a bottle. However, no variety has enjoyed more success than the flagship Malbec, originally a French grape of little distinction which arrived in this country at the beginning of the 20th century and flourished beyond expectation under the Mendozan sun. In the early 1980s, the Malbec underwent a revival when the trend for blended table wines turned towards single-grape varietals and the taste for Malbec as well as Cabernet Sauvignon, Merlot, Chardonnay, Chenin and Sauvignon Blanc took off, together with the budding community of wine-enthusiasts. Twenty years later, these grapes have been joined by other new-world favourites such as Syrah, Bonarda, Tempranillo and Viognier as well as the fruity local white Torrontes, winning prestigious international prizes and glowing recommendations from the worlds top wine-writers.

Worthy of note is the wine harvest festival, la Fiesta de la Vendimia, the most important event on the Mendozan calendar which takes place in March and lasts a week. Spectators are treated to folksong and dance performances from local and invited artists, floats and processions in honour of the Virgin of the Vine and the election of the National Queen of the Wine Harvest. The province of Mendoza now boasts 550 wineries, from small boutiques to large-scale exporters, many of which are included in the recently-created Rutas del Vino, or Wine Routes, open to the public for a tour of their installations and a wine-tasting led by their wine-makers.

Looking for inspiration? Check out some of our Argentina Itineraries.
Send An Enquiry
Enquire About Your Holiday To Mendoza