With our flexible booking terms, you can Relax & Book with confidence - Read More
Kids Saving The Rainforest
Home Charity
GET IN TOUCH
Enquire About Latin Routes
MAKE AN APPOINTMENT
Fill out your details below and we'll arrange your appointment with a travel specialist
CALL US
Mon to Fri: 9am-5:30pm
Sat: 12pm-4pm 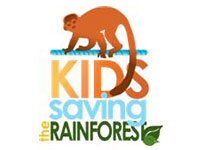 Kids Saving the Rainforest are a wildlife NGO that operates from Quepos, near Manuel Antonio National  Park, in Costa Rica. Founded in 1999 by two 9-year-old girls for the purpose of educating people around the world about the ecological importance of protecting the rainforest and its inhabitants, the charity works to save the rainforest through reforestation (24,000 trees planted to date), a wildlife rescue centre, rehab and sanctuary, wildlife bridges crossing the roads (used by 22 species), land conservation, and research.

KSTR invites participation by schools, children’s organisations and individuals throughout the world who further the purpose by learning about the rainforest, doing projects that raise money for KSTR projects and the welfare of the animals and spreading the message further through educating others. KSTR reaches out to kids, teachers, parents, rehabilitation specialists, primatologists, willing volunteers and others around the world.

The charity's projects in the Manuel Antonio rainforest continue to make positive changes in the health of the mono titi monkeys and hundreds of abandoned, sick or injured animals who are helped and then released from its Wildlife Rescue Center.

The endangered Titi monkey population has increased from 1200 individuals in the area to around 3,700 according to a recent study, and KSTR will continue to administer its successful Monkey Bridge Project and reforestation efforts to continue this trend.

The consciousness of every visitor to its Wildlife Sanctuary has been raised with the rainforest education that it shares.  Rainforest wildlife corridors have been enhanced by a reforestation program so the animals have healthier ranges for their groups from one area to another without crossing roads or hotel properties on the ground.

Over the years, the organisation have rescued great numbers of orphaned, abandoned and injured baby animals. They need a very specific environment in which to thrive and feel safe, along with practising the natural behaviours that ease their transition back to their natural environment.

Latin Routes supports KSTR with optional donations of £10 from each booking and will be fundraising throughout 2022 to raise funds for the charity's multiple projects including the construction of a nursery to care for baby animals that come into the rescue centre and provide nebulisers, baby formula, medications, medical equipment and more.

To learn more about Kids Saving The Rainforest click here>