Top Wildlife to see in the Galapagos Islands

Ask anyone what comes to mind when they hear Galapagos, and wildlife will surely become the topic of conversation. For a region world-renown for its reptiles, birds and mammals, the Galapagos Islands have a surprisingly low number of species. Location is partly to blame, with over 600 miles separating the region from its nearest neighbours, but this is what makes the wildlife in the Galapagos Islands even more miraculous. In most areas of the world, mammals rule supreme, but for this famed archipelago – it’s the reptiles that dominate the volcanic islands. If you are planning a once-in-a-lifetime Galapagos cruise to see the unique wildlife, these are our top picks to look out for. 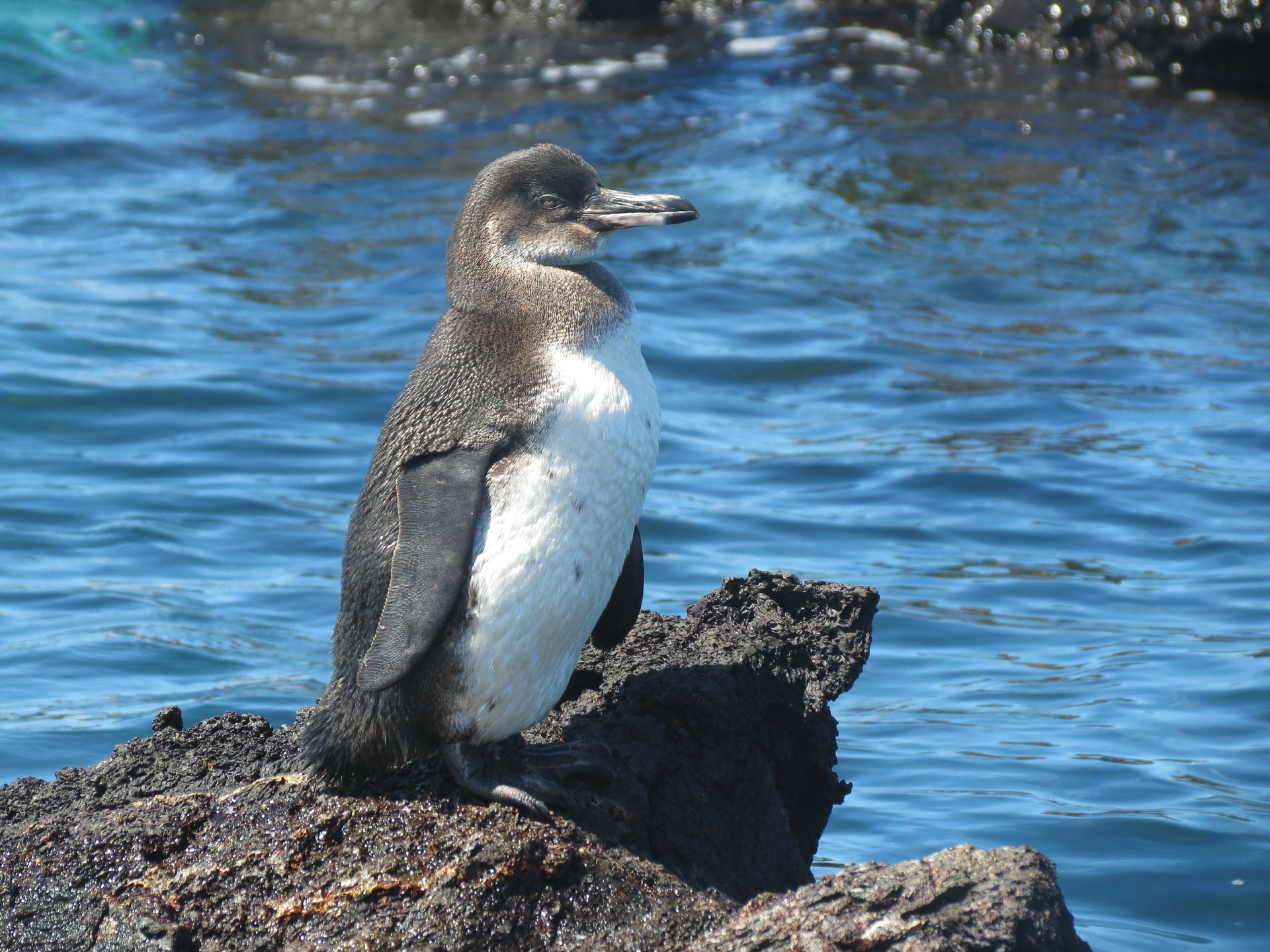 The second smallest penguin in the world, and the only penguin on the planet that lives north of the equator, the Galapagos Penguin is a must-see on any trip to the islands. This endemic species lives mainly on Fernandina and Isabela islands, but can also be spotted on several other islands in the Galapagos.

The best time to see the Galapagos Penguins is between May and January when the annual courting and nesting takes place. Unfortunately, the species is now endangered, and it’s estimated that there are only around 1,500 penguins left. 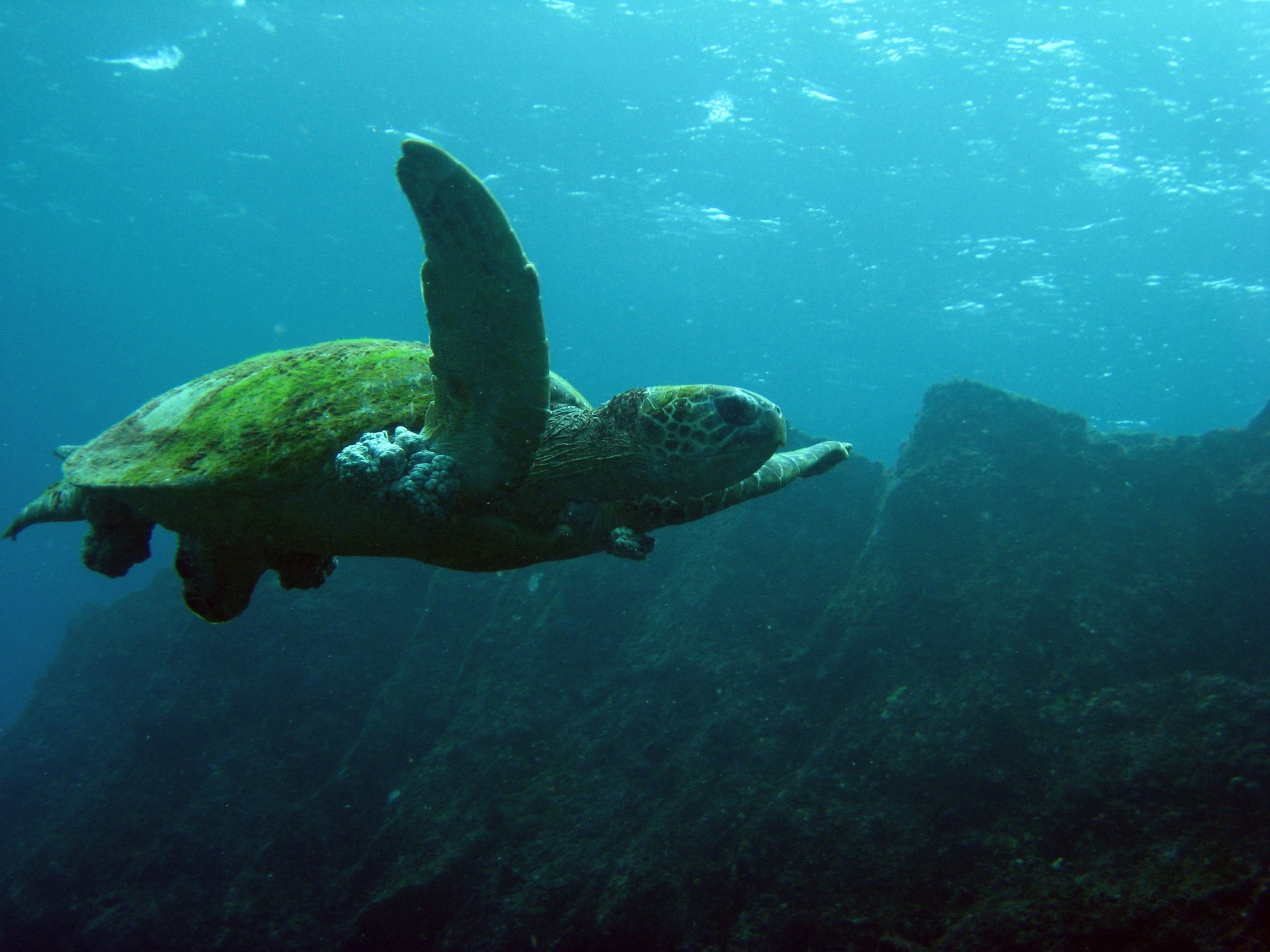 While sea turtles aren’t exactly rare in tropical waters, the Galapagos Green Sea Turtle is the only turtle in the world that nests in the Galapagos. Every January, the female turtles begin making their journey onto the land, where they stay and nest until their eggs hatch. There is a permanent nesting camp at Quinta Beach on Isabela Island where rangers monitor the nesting and attempt to protect the hatchlings from predators.

The best time to see the Galapagos Green Turtle is between January and March. While you can expect rainy weather, and blistering heat, it’s the best time of the year for diving and catching the breeding season of this special species. 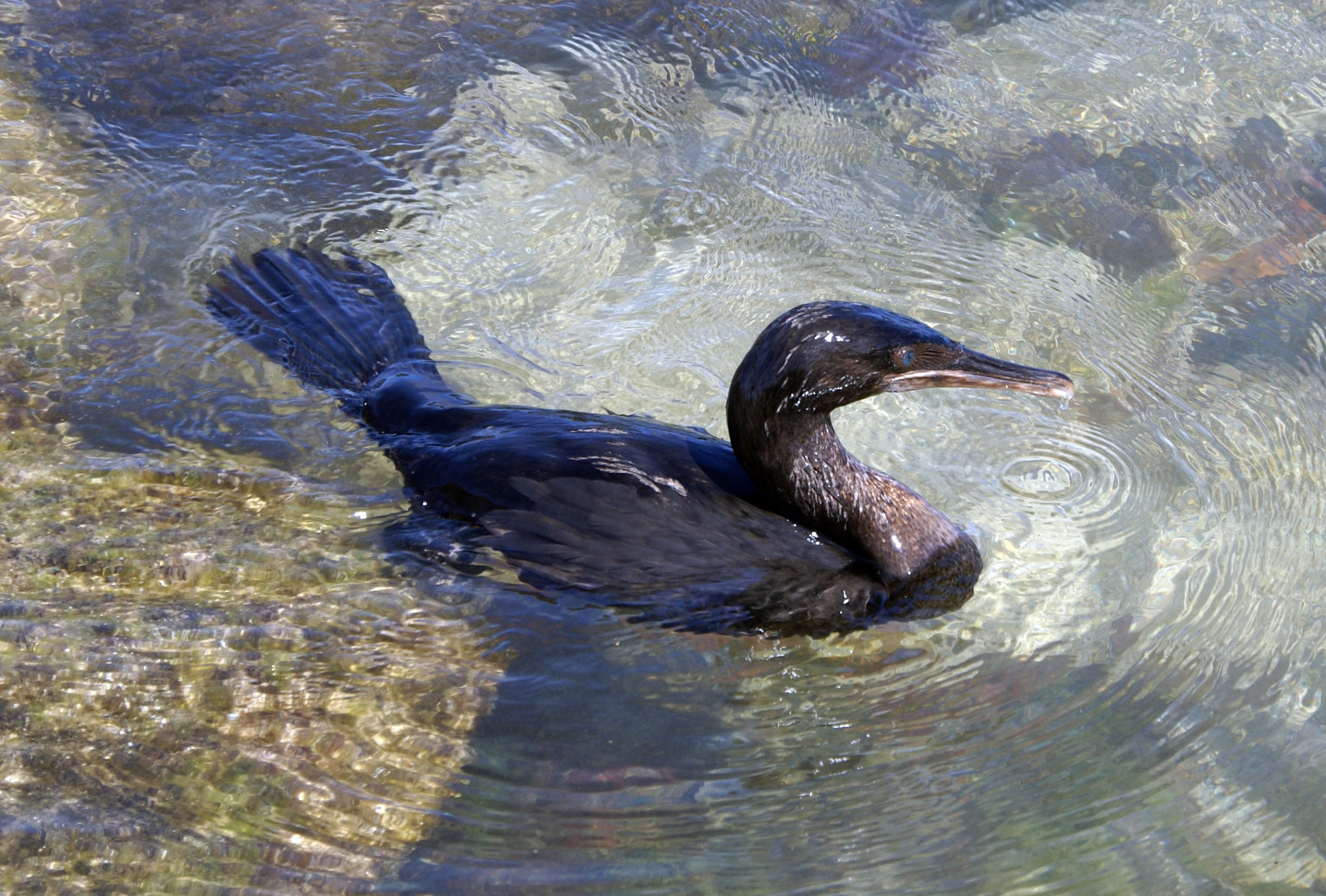 Another native species to the Galapagos, the Flightless cormorant is an extremely interesting bird as it is the only cormorant in the world that doesn’t have the ability to fly. These birds are duck-like in nature, but lack waterproof feathers due to the low oil production in their glands. 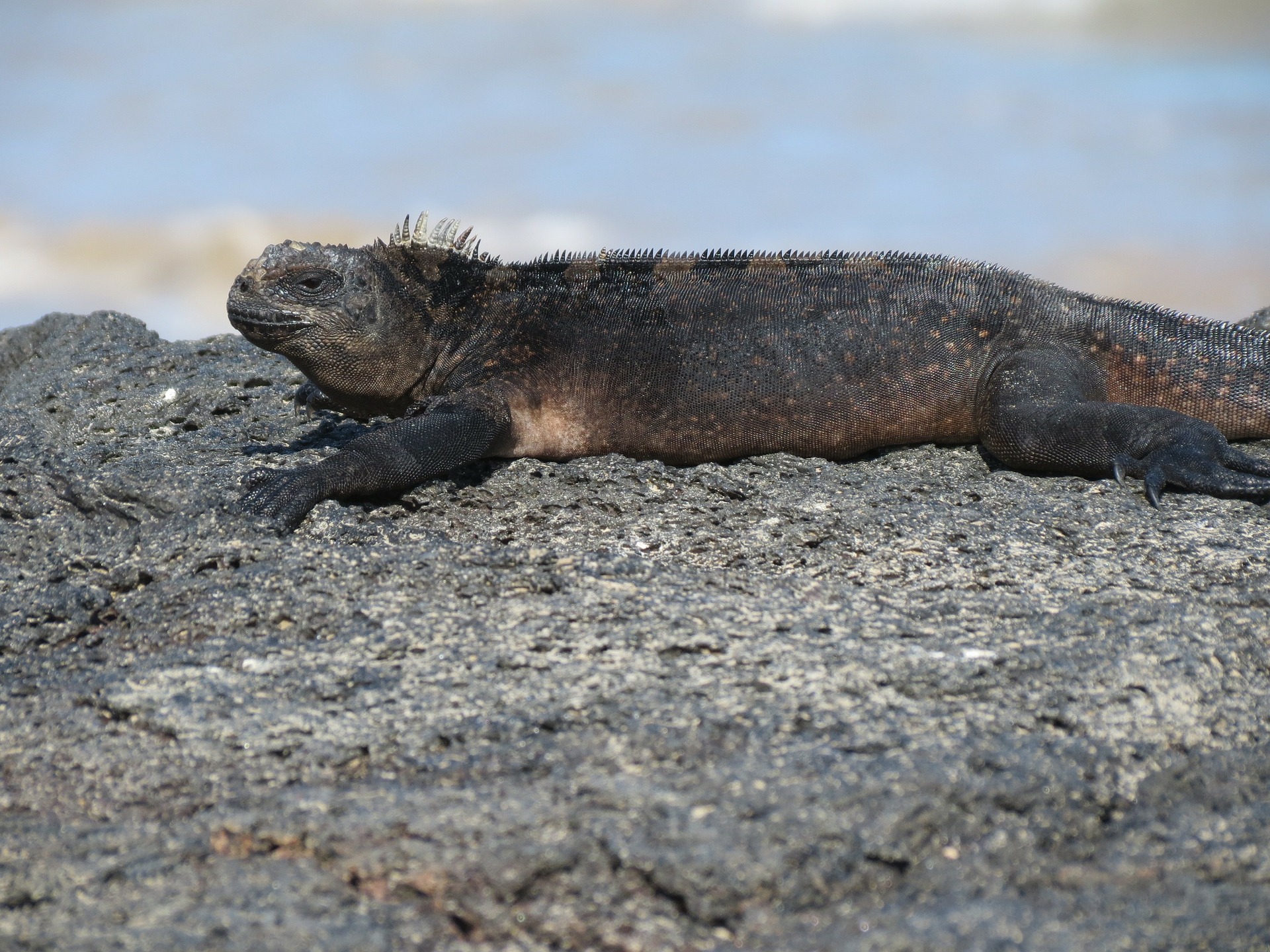 The Galapagos Marine Iguana is one of the most popular residents of the Galapagos Islands. Unlike most lizards, the Marine Iguana can forage underwater, as well as on land – a skill that is well-suited for the environment. The largest iguanas can be found on Fernandina and Isabela Islands, while Genovesa claims the smallest.

The best time to see the Galapagos Marine Iguana is between April and June when the baby iguanas begin to hatch. 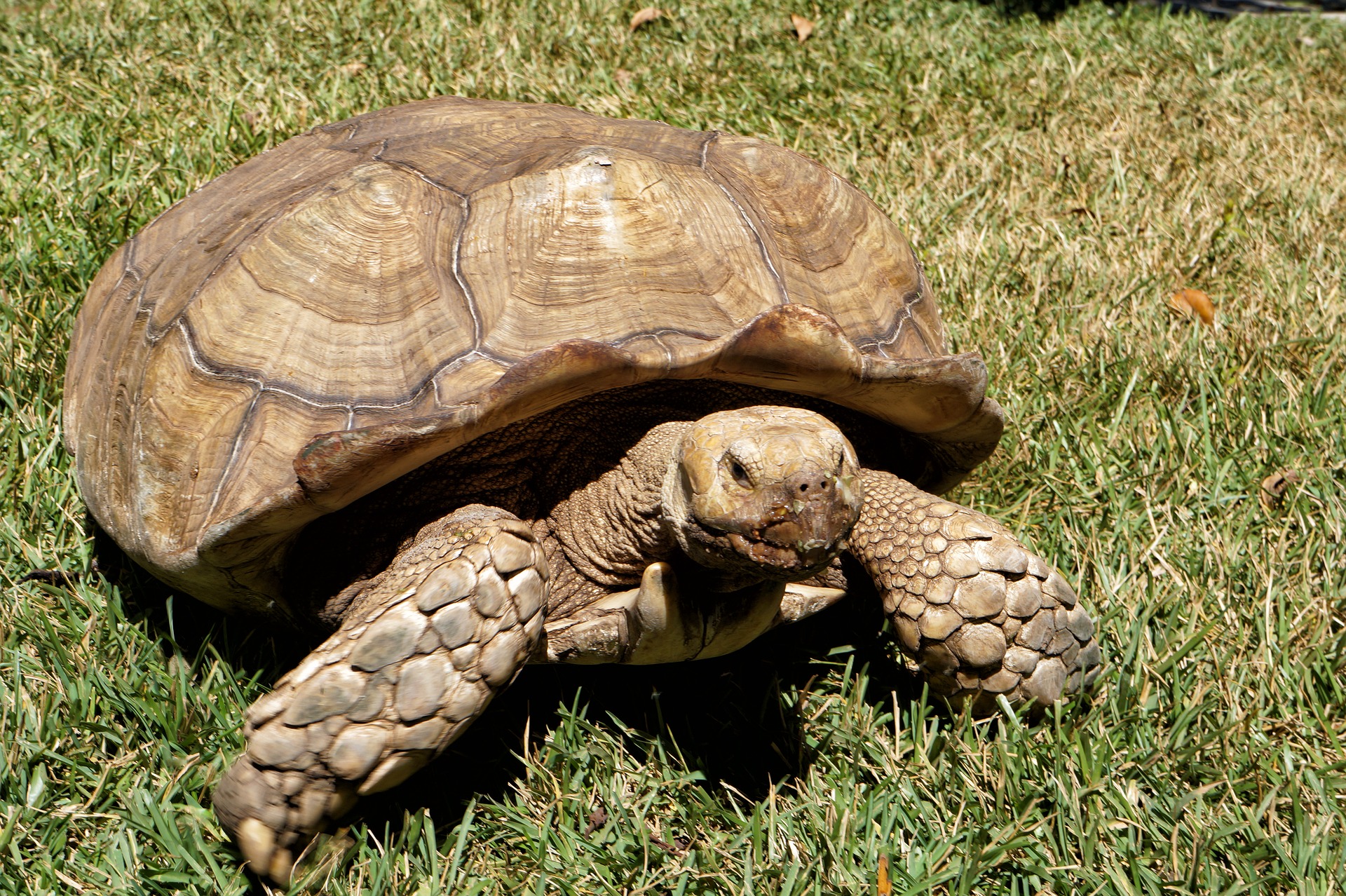 We can’t put together a list of the top wildlife in the Galapagos Islands without mentioning the Galapagos tortoise. The largest tortoise in the world, this type of tortoise only exists in two locations on the planet – the Galapagos Islands and Aldabra Island in the Seychelles. If you are staying at the Galapagos Safari Camp on Santa Cruz, be sure to include a visit to the Fausto Llerena Tortoise Center where you can see these fascinating creatures up-close, as well as learn about the conservation efforts on the islands to protect them.

The best time to see the Galapagos giant tortoise is between April and June when the temperatures are less humid and the babies begin to hatch.

Those are our top picks for wildlife in the Galapagos Islands. If you’d like to book a trip to see these animals and much more – enquire today.