The Wonderful Wildlife of Chile: Oceans and Rivers

Welcome to the wonderful world of Chilean wildlife; a huge, magnificent and surprising collection of animals inhabiting one of the most geographically diverse countries in the world. Chile is a land of extremes; from the driest desert in the world to the cold archipelago at ‘the end of the earth’ and even an isolated pacific island in between. With so much bio-diversity, it’s easy to see how Chile became the place where Charles Darwin made some of his most vital observations, those that would influence his theories on natural selection. Volcanoes and mountains line the interior border with neighbouring Argentina and are home to some very resilient and well adapted land mammals, while birds of all shapes, colours and sizes fill the skies thrilling any visiting bird-watcher. Chile is, in short, a nature lover’s paradise.

Today the focus is on fish, mammals and amphibians that exist in the fresh water rivers or the large expanses of ocean belonging to to this marvellous country. With a coastline larger than Australia’s, it’s no surprise that Chile is one of the top places for spotting whales, dolphins and seals, among other creatures, some of which you won’t find anywhere else.

The Commerson’s Dolphin, also known as the Skunk Dolphin or the Panda Dolphin is one of the smallest species of dolphin in the world and can be found all around the southern most tip of South America, or specifically around Tierra del Fuego and the Straits of Magellan.  It is identified by it’s trademark black tail, black nose and largely white body. Once hunted for use as crab bait in the 70s and 80s, the Commerson’s is close to being classed as an endangered species, though numbers are growing again.

Moving up towards Chile’s Lake region, you can find the wonderful Southern River Otter. As lovely as they are, this species of Otter is sadly listed as endangered due to water pollution, habitat loss and being hunted for its fur. They are most happy in the dense reeds of the cool fresh-water rivers that they live and hunt in, concealed from predators that share their habitat. These otters feed on fish, molluscs and even small birds and can often be spotted off Chiloe Island.

Though they are not strictly fish nor mammals, they are rather nifty swimmers and spend a lot of their time in the Pacific and the Atlantic oceans, between the southern tip of South America and Antarctica. So it makes sense to include one of Patagonia’s most impressive resident in this list: the King Penguin. The only known breeding colony (as of this year) can be found on Tierra del Fuego’s Useless Bay. It is hoped that the new penguin chicks will survive into adulthood even though the odds are against them; their parents are still inexperienced at rearing young and added to that they have the threat of wild mink, originally introduced to Tierra del Fuego by humans. 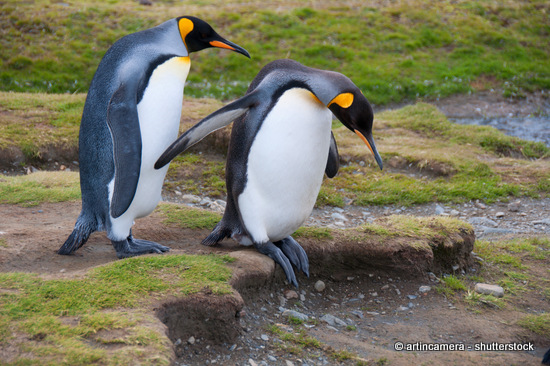 Hopping on a plane and heading east over the pacific will bring you to the mystical and stunning Easter Island, dotted with ancient stone-carved heads. Due to its isolation, the island’s wildlife is limited and not many of the animals found on the island itself are native, but were instead introduced by humans. But venture down into the tropical waters surrounding Easter Island and you’ll find an abundance of marine life. Green and Hawksbill Sea Turtles are just two of the wonderful and exotic sea creatures the island waters are home to. The smaller and critically endangered Hawksbill Turtle is known to be especially beautiful due to its colourful shell. 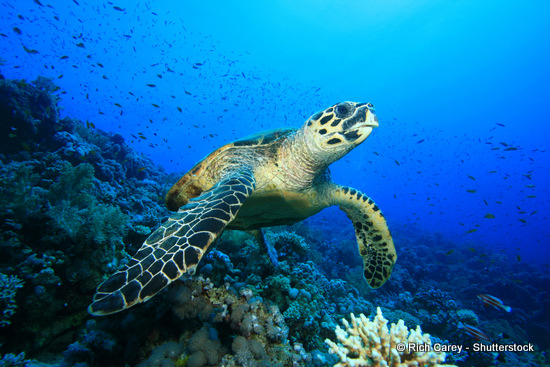 Many people come to Chile wanting to see Seals, so many visitors head out on a boat to Robinson Crusoe Island in the Valparaíso region, where they can come across the Juan Fernandez Fur Seal. In 1704 the group of Juan Fernandez islands were home to the marooned sailor Alexander Selkirk  and now help boost the national economy by drawing groups of curious tourists from mainland Chile. The Juan Fernandez Fur Seal is named after the navigator that discovered them but sadly made them vulnerable to the maritime fur trade. Once believed to be extinct there are now around 10,000 of the animal across the three islands, after becoming protected under Chilean law.

Another exciting specimen that can be seen in the Pacific waters of the Valparaiso region is the magnificent Sperm Whale. Perhaps best recognised as the inspiration for the literary masterpiece Moby Dick, the Sperm Whale draws wildlife enthusiasts from all over the world from November to May, which is the usual whale-watching season in Chile. There is also the chance to see migrating Blue, Grey or Humpback Whales, which tend to come closer to Chile’s coastline due to its unusually deep water. 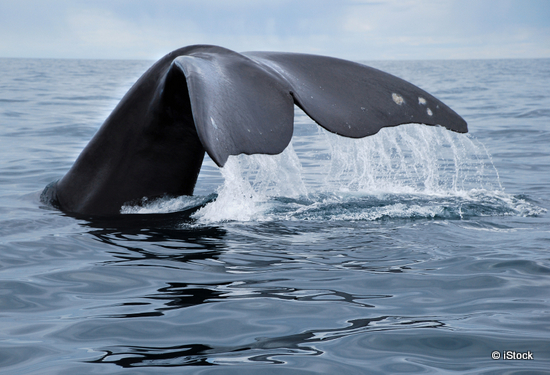 Also riding the Humboldt Current off the coast of the colourful, bohemian town of Valparaiso is the elusive Southern Right-Whale Dolphin. This fish is more rare to see than Sperm Whales or Orcas, so you can consider yourself extremely lucky if you ever encounter one!

If the chance to see fantastic animals like these interests you, then get in contact with one of Latin Routes’ Travel Specialists who will work with you to produce your perfect tailor-made wildlife itinerary, be it an in-depth trip across Chile or a combination of the incredible destinations South America has to offer.