Chile is pure wonderment in a myriad of ways

I had been living in Rio for just about 6 months when I landed in Santiago and it was like a breath of fresh air. Having become accustomed to a very Brazilian way of life where there was noise and bronzing bodies everywhere I turned, Chile’s capital is by comparison calming and modern with wide open streets and the easy atmosphere of a place that is entirely comfortable in its own skin. With a cosmopolitan make up, I had amazing Asian food and just spent a few days wandering around the old colonial squares and travelling up the funicular to the top of San Cristobal hill to catch a glimpse of the snow-capped Andes in the distance. 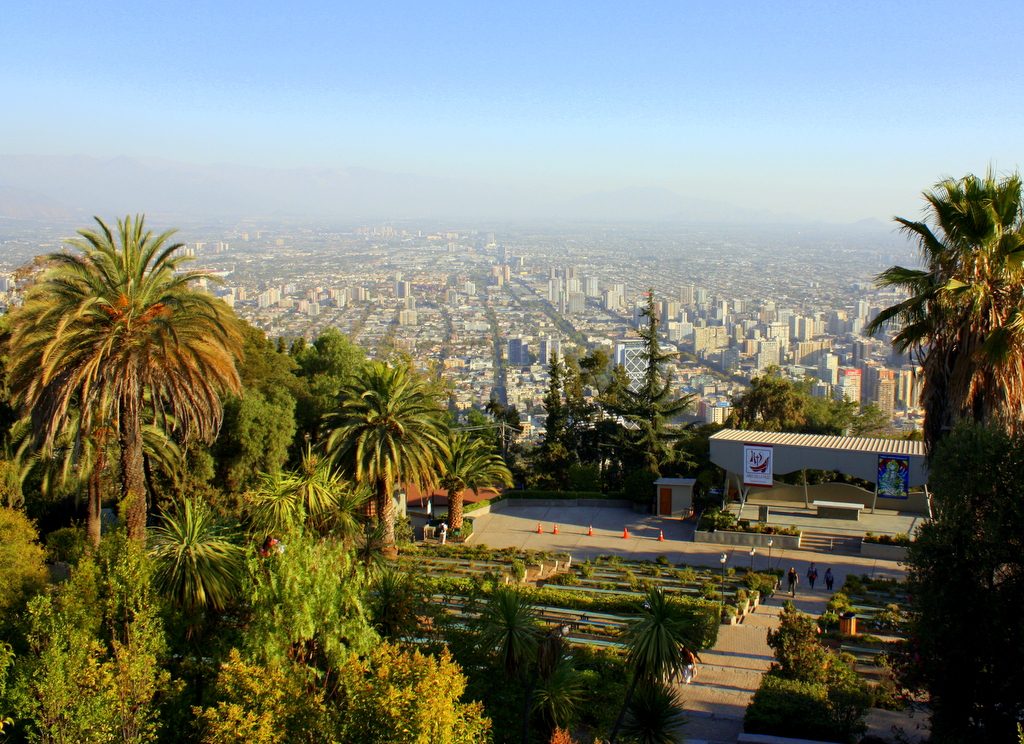 After a few days of finding my Chilean feet I jumped on a bus to Valparaiso, a beaten-up port town about an hour and a half away. Rough around the edges, this ramshackle place could very easily have been forgotten by history and left to crumble into the sea, but there’s a bohemian soul to it that has made sure that it endured. Covered in street art, it is a maze of hills, lifts and makeshift homes where around every corner you can stumble across masterpieces sprayed onto walls by artists who have come from across the world to add their mark to the murals. I adopted a street dog for the day and became lost, stopping in quirky cafes and watching others do the same. At one point I came across a beautiful cemetery right at the top of one of Valparaiso’s many hills which I later learnt is known as the Dissidents Cemetery, built to home the European protestant dead who couldn’t be buried in the catholic graveyard. It’s a reminder of the Valparaiso’s past and a throwback to its days as one of the most important port cities in the world. 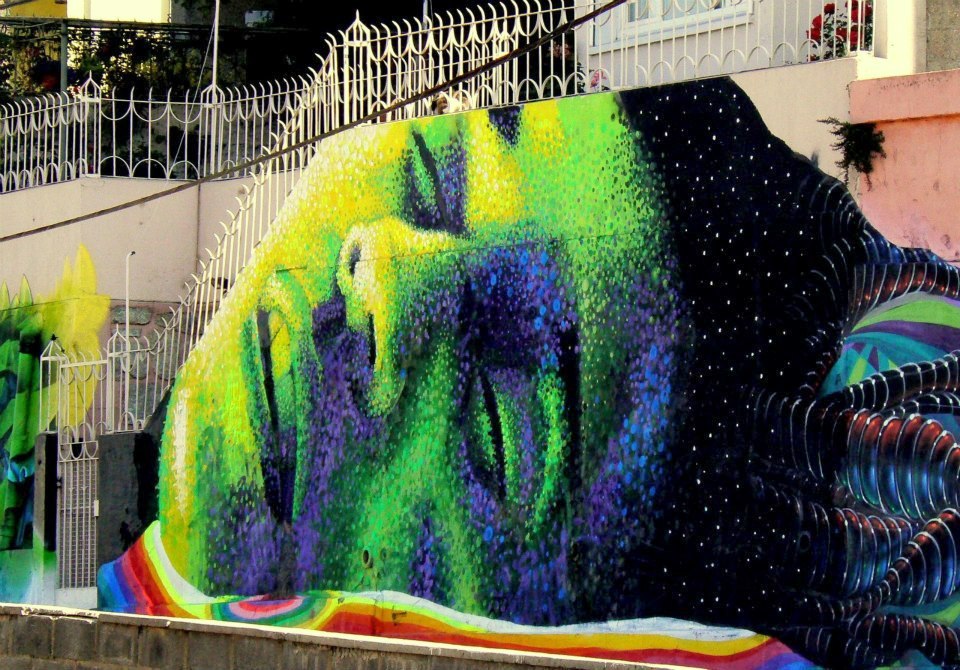 Having made my way back to Santiago, I boarded a bus north and settled in for the 30-hour journey up to San Pedro de Atacama, the desert and my main reason for coming to Chile. A sun-scorched collection of adobe houses and dusty streets, San Pedro quickly became one of the best places I’ve ever been. Stargazing with some of the clearest views of the galaxy that exist, sandboarding down dunes in the middle of the desert and watching the sun set on landscapes that are as close to Mars as I will ever get, the week I spent in this little town exemplified the Chilean expression of ‘buena onda’ meaning good vibes. The salt lakes made for an entertaining swim as the buoyancy meant you could lie on your front and imitate Tom Cruise falling from the sky with arms and legs stretched out behind you. Most notably the people were just so friendly, they’re not in a rush and they’re just happy to take in the natural beauty of their other worldly surroundings. I ate lunch in the same tiny empanada café three days in a row just because the simple food was so satisfying in a place like San Pedro. One morning I woke up at 3am and jumped in a minibus that drove a bleary-eyed group of us up to the Tatio Geysers high in the altiplano. Having become used to the dry desert heat, the reality of sunrise at altitude was a bit of a shock. Feeling very unprepared for the cold, we improvised by taking the eggs that our guide had boiled for breakfast and tunring our pockets into mini hot water bottles. The silhouettes of people wandering around the jets of steam that rose from cracks in the ground made for a surreal scene but a visit to Puritama hot springs on the way back to town erased all memory of the shivery morning start, as did another empanada in a side street café. 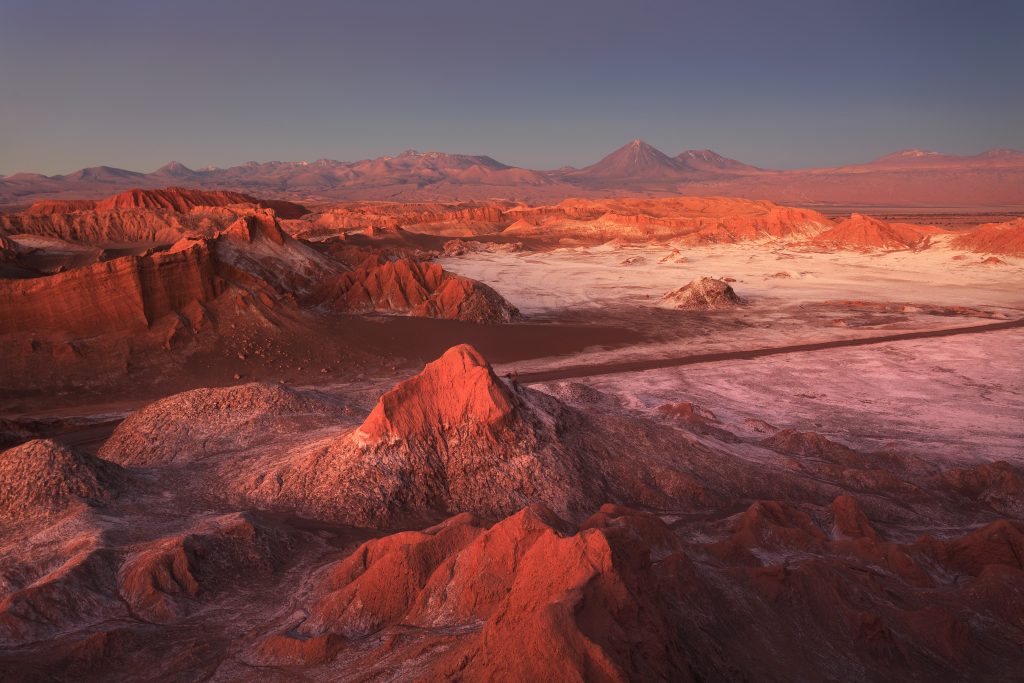 Chile is diverse in such a myriad of ways it’s impossible not to become fascinated with the culture, history and hugely impressive landscapes of the country from the arid desert in the North to the lakes and mountains of Patagonia in the South. Modern and welcoming, it’s no wonder that its popularity as a travel destination is rapidly growing and shows no sign of slowing down. My advice for anyone planning a visit would be to see as much of it as you can to feel the full effect of how much it has to offer.

To speak to one of our Travel Specialist about booking a holiday to Chile  call on 0208 546 6222, or alternatively, you can complete the enquiry form.