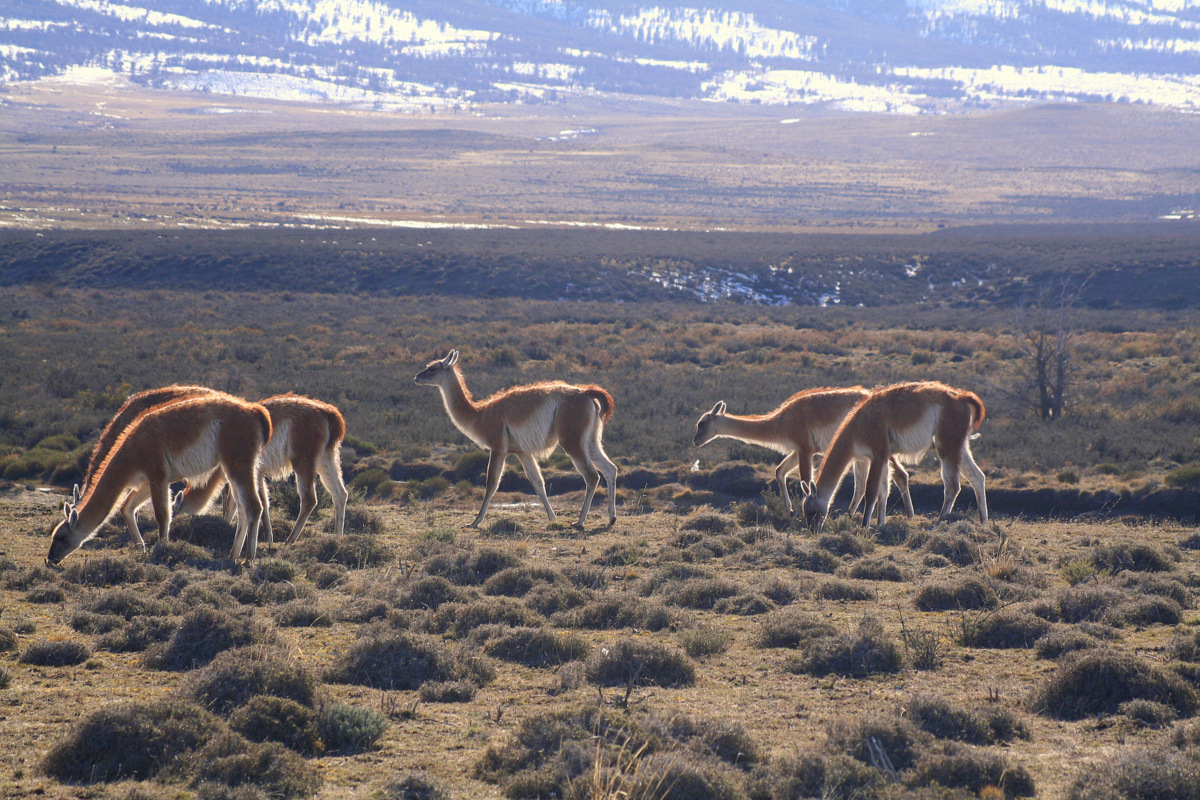 After Brazil, Chile has the largest area of protected conservation land in South America. Most of this protected land falls in the rugged and highly untouched expanse of Patagonia. From top to bottom there are a total of 36 National Parks in Chile, all with something a little different to the other, from magnificent volcanic landscapes of Hornopiren to the temperate ‘enchanted’ rainforests and hanging glaciers further South in Queulat. Once inside these parks you can’t help but marvel at the never-ending mountain ranges and beautiful natural wonders that nature has created. It is here that nature has the power to make you feel tiny and insignificant. An important place for wildlife in Chile is the recently rehabilitated Valle Chacabuco, part of which was once a working sheep farm or estancia. Today Chacabuco’s much greener pastures are home to many of the animals that you will find described below.

Interestingly, many of the animals that can be found in the warm dry conditions of Northern Chile are also found in the cold, rugged landscapes of Patagonia in the far South. These well-adapted animals include Flamingos, Pumas and the South American Grey Fox. The varied dramatic environments that make up this wonderful country have led to the massive biodiversity that characterizes Chile and this is one of the many reasons why the country continues to be one of the best locations in the world for wildlife spotting, attracting more visitors every year. Although many species are endangered or have come close to extinction, Chile is working harder than ever to protect and conserve its native inhabitants and is now putting a strong focus on ecotourism.

The rather cute and cuddly looking vizcacha, with its thick grey fur coat, is a relative of the chinchilla with ears more like those of a rabbit and can be found in the northern Altiplano and high up in the Andes. The nocturnal rodent lives on a diet of vegetables and grasses and is a master at burrowing tunnels. Even though the practice is illegal, they are hunted constantly and have now been classified as an endangered species. Their meat is exported to Europe for human consumption and their soft coats sold off to the fur trade. In some places, like the salt flats of Surire, these critters are so tame that they’ll allow you some fantastic photo opportunities.

Chile has two species of wild camelids that are both distant relatives of the more domesticated llamas and alpacas found in surrounding countries such as Peru. The vicuña, which is the smallest of the camel family, lives freely in the alpine areas of the Andes in altitudes of up to 4,800m, grazing only on grass. Up until the early 70s they were heavily hunted and became endangered, though after being protected by law there are now thought to be around 350,000 vicuñas in the wild. Like the alpaca, the wool of the vicuña is extremely valuable due to its warmth. As the vicuña can only be shorn once every three years after being rounded up in the wild, its wool is more expensive than that of the alpaca. Historically, the wool was so valuable that in the age of the Incas only the King could wear vicuña wool and any common folk found wearing the wool would be punished or incarcerated. Like its relative the camel, vicuñas have adapted very well to their environment and can go for days without drinking water. 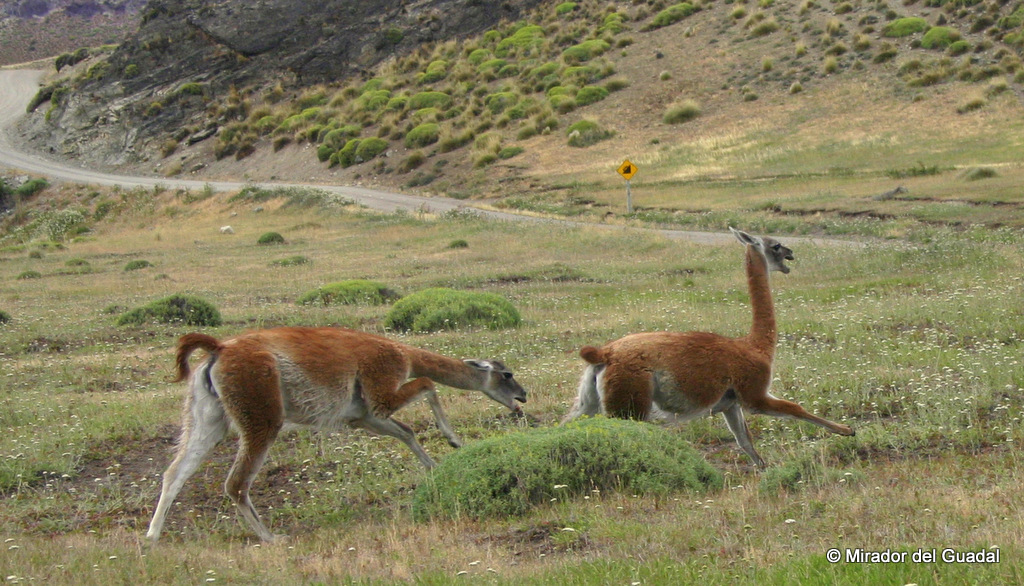 Down in the colder climate of Patagonia resides the other camelid native to Chile, the slightly larger but equally elegant guanaco. Though very similar in appearance, the guanaco can be distinguished from the vicuña by its longer head, shorter ears and incisor teeth. These animals live in herds on big grasslands and have evolved to be able to run from predators at speeds of up to 35 miles per hour.

Another inhabitant of Southern Chile is the hog-nosed skunk, famous for their foul, offensive odour and distinct black and white markings. Although there are a high number of them in the wild, they are not all that easy to come across for humans as they tend to be hidden by tall bushy grass. When threatened the skunk will aim its rear-end at its enemy and spray an oily and extremely pungent mist, which causes irritation and even temporary blindness. Their diet is varied, consisting of small invertebrates, insects, birds, eggs and sometimes fruit and seeds. Find the hog-nosed skunk in the newly transformed Valle Chacabuco, soon to be the Parque Nacional Patagonia. 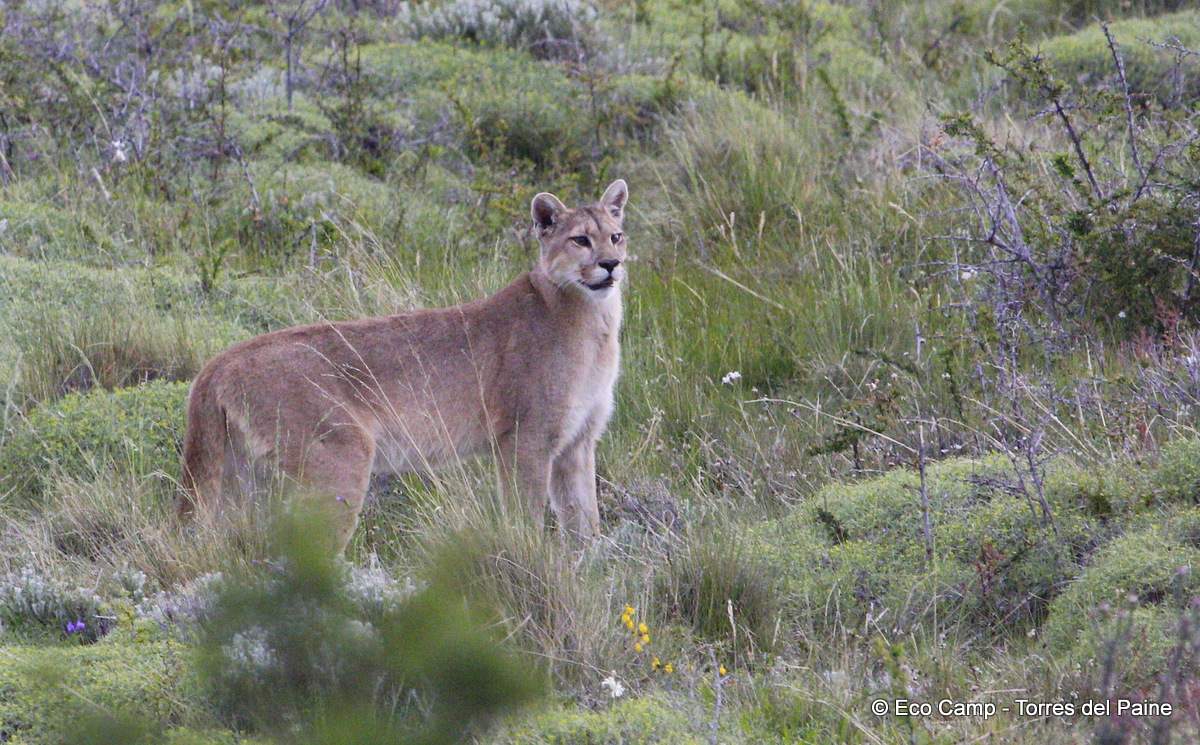 The Puma is the second-biggest cat in the Americas and widely distributed across the continent. Home to approximately 50 – 100 pumas, Torres del Paine National Park is the most common place for puma-spotting and tours are arranged specifically for the chance to see the elusive animal. They hunt alone and within their own territories, which they mark by spraying with their scent, much like dogs. Their prey is often the unlucky grazing guanacos who share the same habitat as the big cats.

The oldest mammal wandering the plains and National Parks of Chile, and even found as far north as Nebraska in the US, is the pre-historic looking hairy armadillo. Due to its protective tactics such as its hard armour-like shell, burrowing technique and the ability to curl up into a ball, the armadillo is rarely killed by predators. When handled they let out squeaks or small screams and for this reason are also known as the screaming hairy armadillo (armadillo meaning “little armoured one” in Spanish). This ancient mammal is also a strong swimmer and can hold its breath for at least 4 minutes, leading it to be a very widely dispersed species across the Americas.They are mostly found in shrub-land, subtropical grassland and the desert, where they live in burrows to cool off from the heat. They are perhaps the most hardy of animals in all South America and, having survived for 60 million years so far, are far from becoming endangered.

At Latin Routes we are Chile experts and have first-hand knowledge of the country’s many, many attractions. With your input we can design the perfect tailor-made trip to South America, making sure your experience is one that you will remember for the rest of your life.

To ask us any questions about travelling to Chile or elsewhere in South America, contact one of our Travel Specialists – click here

To browse through our range of suggested itineraries – click here