Notting Hill Carnival Gives Rio a Run for Its Money

This bank holiday weekend, Notting Hill played host to one of London’s most highly anticipated and exciting events – the famous Notting Hill Carnival. Although drawing its roots from the West Indies, the Carnival is certainly reminiscent of Rio’s country-wide Easter celebrations. 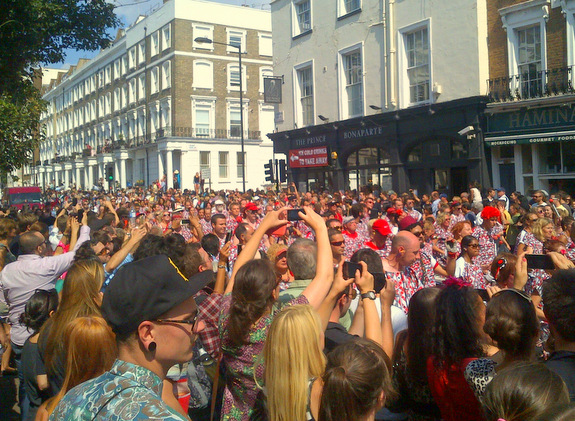 The Carnival itself was held over two days – Sunday and Bank Holiday Monday. Sunday was focused more on younger children and families, with a huge array of activities to participate in such as face painting, carnival games and a large procession. The Monday had adults in mind with louder music, an outlandish carnival procession and some well-known artists – such as Ms Dynamite and Disclosure – playing alongside some up-and-coming DJs, such as Breach and Jo Mersa.

The sense of carnival spirit was infectious – from middle aged men dancing in the street to young children begging their parents for some Jerk Chicken from the multitude of stalls dotted around the area. It seemed that you couldn’t turn a corner without seeing someone slicing open a coconut, frying some pork on a huge open barbecue or emptying their lungs into a vuvuzela or whistle. The cacophony of singing, screaming and thumping bass could be heard from miles away, and only added to the sense of excitement when following the hordes of people streaming towards the Carnival.

It seemed that the entire area of London shut down completely – not surprising considering the estimated attendance for this year was around 3 million people! In previous years, there have been concerns over youths causing trouble at the event. However, this year saw an increased police presence and as a result the atmosphere was far from dangerous. The opposite was true, even, with revellers relaxing together in the various parks along the Carnival routes.

Overall, the Carnival was a fantastic experience and is a great day out for families with young children especially. With the sea of colour, music and dance you’ll be hard pressed to find something you don’t enjoy. You can certainly see why the Carnival in Rio is such a popular event! Furthermore, with Rio hosting next year’s World Cup competition, all eyes will turn to Brazil to put on a spectacular show. There is little doubt that they will produce a Carnival to remember! 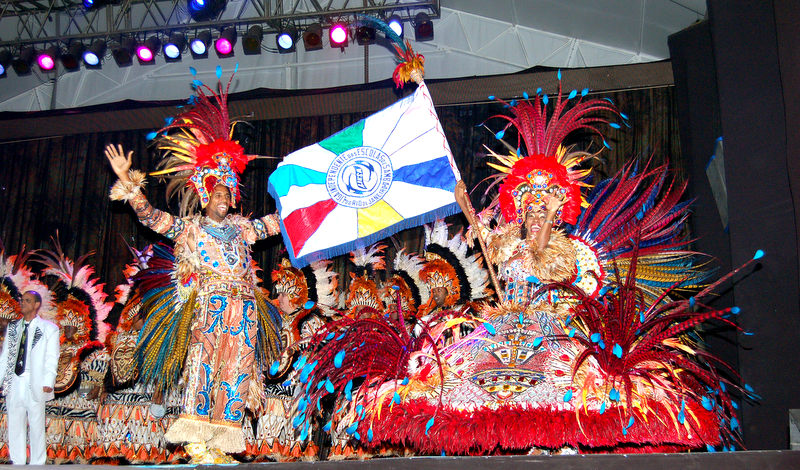