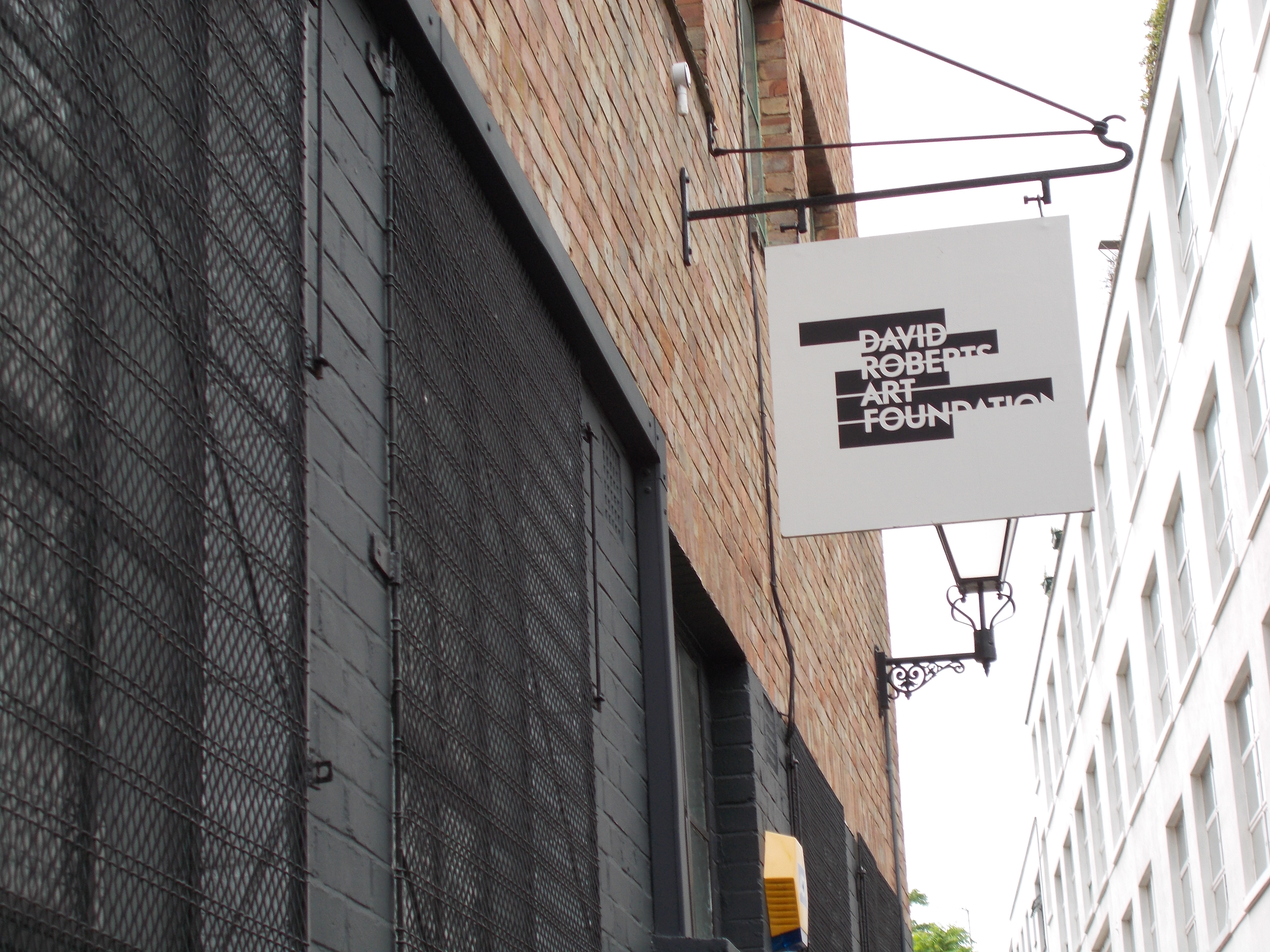 This exhibition was buried deep in the heart of Camden, down a side alley off Camden High Street. However, aside from its mildly insalubrious location, stepping into the gallery was like stepping into a whole other world. Whitewashed walls and silence, punctuated by a wide variety of pieces from prominent Argentine, Chilean and Mexican artists, greet you as you enter. Although the exhibition itself isn’t huge (just four rooms), the diversity on show is something that really stands out. From TVs displaying men and women reading philosophical writings aloud, to a room consisting of just a pool table, you certainly need a good hour so you can return to things that struck you earlier.

Just past the entrance, you enter the ‘Acclimation Room’, featuring works from artists such as Sergio de Camargo, Lygia Clark and Carlos Cruz-Diez. Ageing copies of ‘Signals’ News Bulletin hang on the walls, representing the way in which early Argentine artists came to the attention of the British public.

The second Gallery, called the ‘Transition Room’, displays David Lamelas’ 28 Plaques Placed in Two Unconventional Forms. This work was originally featured in Argentina in 1968, and consists of squares of metal distributed haphazardly on one side of a room, gradually becoming more ordered until it reaches a table made of a block of metal (from which the pieces were cut) on the other side of the room

The ‘Documentation Room’, in Gallery 3, is in opposition to Gallery 2 – it explores psychological and emotional themes as opposed to physical space. This room features an interesting photographic series by Lamelas himself, entitled London Friends. This series of 12 or so photos is an interesting insight into life as an outsider in London in the 1960s – when there were relatively fewer Argentines in the UK.

The final room, in Gallery 4, the ‘Emancipation Room’ only features two pieces – Leopoldo Maler’s Crane Ballet is shown on a small projector while, in honour of Oiticia’s 1969 Whitechapel exhibition, a snooker table is set up and available to play on.

A fantastic exhibition showcasing some really interesting pieces, it’s a hidden treasure which, regrettably, is only on until Saturday the 3rd August. If you’re in London tomorrow, it’s certainly worth an hour of your time.

Thinking about booking a holiday to South America? – Click Here