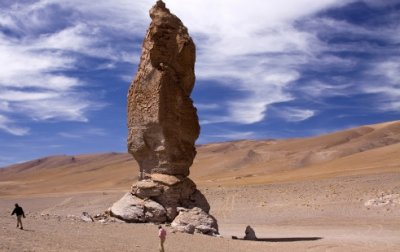 Half Day Tulor and Quitor Tour

An interesting look into some of the most important archaeological sites of the Atacamenian culture, a tribe that established and flourished in this dry, remote area 10,000 years ago. Take a glimpse at the peak of this culture by visiting the archaeological monument called Aldea de Tulor which is 2,800 years old and still remarkably well-preserved. This small but perfectly formed monument is a wonderful introduction to the history of the area and how people lived their lives in the face of huge struggle. Take a tour with local guides that feel very strongly about their heritage.

The next stop on your tour of the desert is the impressive Pukara de Quitor, which is an Atacamenian fortress built in the XII century. The ruins are a symbol of the level of organization that the Atacama indigenous people reached. You will no doubt be amazed by the history of the big battles that took place in this location; first between locals and the Incan empire and later against the Spanish Conquistadors. To end this archaeological tour you will visit the museum of San Pedro which has a great collection of artefacts and some amazingly old mummies.

Enquire About Tulor And Quitor