With our flexible booking terms, you can Relax & Book with confidence - Read More
Day Tour To Cafayate And Calchaqui Valleys
Home Destinations Argentina Salta And The Northwest Day Tour To Cafayate And Calchaqui Valleys
GET IN TOUCH
Enquire About Latin Routes
MAKE AN APPOINTMENT
Fill out your details below and we'll arrange your appointment with a travel specialist
CALL US
Mon to Fri: 9am-5:30pm
Sat: 12pm-4pm 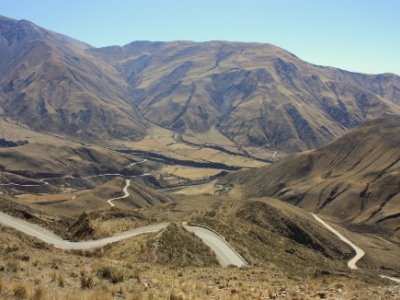 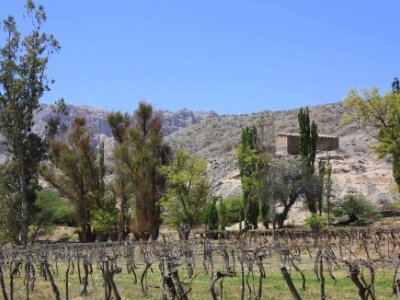 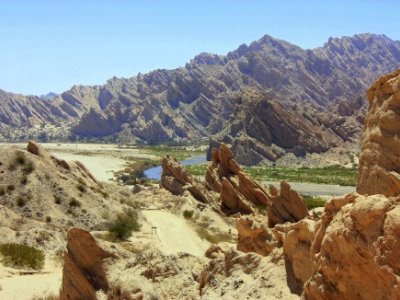 The route heads south from the city of Salta, along a road with amazing sceneries, with extraordinarily desolate beauty created by rock formations that rise from the arid desert in a blaze of mineral-rich colours

Full Day Tour to Cafayate and the Calchaqui Valleys

Argentina holidays would not be the same without a tour to through Cafayte and the Calchaqui Valleys.The route heads south from the city of Salta, along a road with amazing sceneries, with extraordinarily desolate beauty created by rock formations that rise from the arid desert in a blaze of mineral-rich colours: the Quebrada de las Conchas, Shell Canyon, with its bizarre and intensely coloured rock formations and the impressive Devils Gorge and amphitheatre, a giant funnel scooped
out of a cliff.

Located 185 kilometres from the city of Salta, Cafayate is one of the driest spots in the country, it is said to be sunny every single day of the year- and is famous above all for its wines. A beautiful tree lined road flanked by the Santa Maria and Calchaqui Rivers and surrounded by vineyards welcomes visitors to Cafayate. Colonial style houses predominate in Cafayate and the central Square (Plaza) is decorated with huge earthenware jars. Facing the plaza, the Nuestra Señora del Rosario Cathedral deserves a visit. Built in the 19th Century, this is the only church with five naves in the country and has been declared a National Monument. Cafayate is surrounded by vineyards and wineries many of which are open to the public. The combination of altitude, climate and terroir, together with insightful investment in technological innovation, has gained Cafayate an international reputation for the quality of its wines. One of the key factors is the altitude of its vineyards, which lie in valleys some 1600 to 2600 metres above sea level. This means strong sunshine, great differences in day and night time temperatures and thin, dry air.

The first vineyards in Salta were planted in the 18th century by the Jesuits who brought the Torrontés grape with them from Spain where it was considered to be rather mediocre. However, on Argentine soil, the variety flourished and has become the countrys insignia white grape producing a deliciously fruity and aromatic rich white wine. The region produces some truly excellent wines for export under the watchful eye of winemakers such as Michel Rolland at the San Pedro de Yacochuya winery or José Luis Mounier at Finca de las Nubes in El Divisadero district.

Return to Salta city to enjoy the end of the day free at leisure.