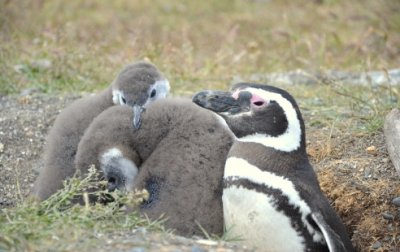 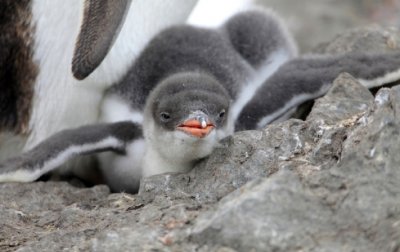 Depart Puerto Madryn in the morning and head to Punta Tombo to visit the largest Magellan Penguin reserve in the area: imagine walking around more than half a million penguins, learning about their habitat and their way of living. In the afternoon continue your journey to the town of Gaiman, a picturesque Welsh Colony. Learn about the welsh culture and the history of this charming town by walking along its streets, visiting the Historical Regional Welsh Museum which is housed in the former railway station and holds relics from colonial times. Go past the first house built in Gaiman (in 1874), the tunnel where the railways used to run along and the antique chapels where the first settlers found spiritual support. Then if you can opt to taste a typical Welsh tea with a variety of cookies, finger sandwiches and homemade cakes and confections.

Optional: The trip back to Puerto Madryn can include a stop in the city of Trelew to visit the Paleontological Museum Egidio Feruglio, considered the most important Patagonian Paleontology Museum in South America.

Gaiman - The first settlers of this picturesque town arrived in 1865 aboard the Mimosa sailboat. They were escaping from the English in their native country and looking for a virgin territory to be able to live by their own rules and customs without being disturbed. Patagonia was that promised land. The first settlers had to endure many difficulties including bad harvests but they did not give up and, between 1874 and 1875, there was a second contingent arriving form the Country of Wales and the United States with the purpose of obtaining more land for farming. Today this is a quaint village, sprinkled with farms, chapels and Welsh-style tea houses.

Every year, along with the warm and longer spring days, throngs of Magellanic penguins dart and bob and weave in the surf off the southern coast of Argentina in Punta Tombo. Punta Tombo is a gnarled twig of earth that twists off the edge of Patagonia stretching over three kilometres (about two miles) long and barely half a kilometre (a third of a mile) at its widest. The peninsula is home to a community of resilient animals and plants that endure the regions desert climate. Guanacosa relative of the llamadelicately nibble molle bushes, avoiding four inch-long spines; armadillos and skunks and scorpions scurry underfoot. On the rocky shores, southern sea lions and elephant seals haul out to bake in the sun, and southern right whales and pods of orcas occasionally swim past.

One doesnt expect to find penguins in a desert environmentwhen the ships historian on Magellans voyage first saw them in 1520, he called them strange geese. But they are the largest colony of Magellanic penguins in the world, and one of the largest colonies of penguins outside of Antarctica. The Magellanic penguin is medium-sized, with a heavy hooked bill and a confrontational temperament. It is one of the four so-called jackass penguins celebrated for their bray, a physically exacting display of huffing and bellowing that is comic during the day but less so as it carries on all night. Every year, close to 200,000 pairs of these strange geese come to Punta Tombo to breed. Males return first, to nests that they have used year after year after year; females follow about begins as dozens, then hundreds, and then thousands come ashore.

The first penguins arrive in September and stay until mid March but the best season to see them is after November, once the baby penguins are born.

Subscribe to our newsletter and receive an exclusive discount voucher valid for 2 years, which you can use towards your first booking with us.