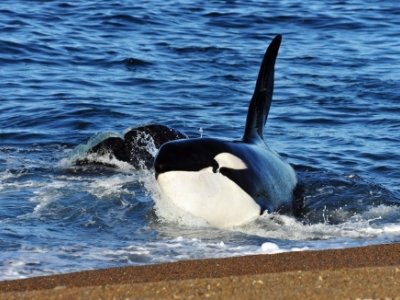 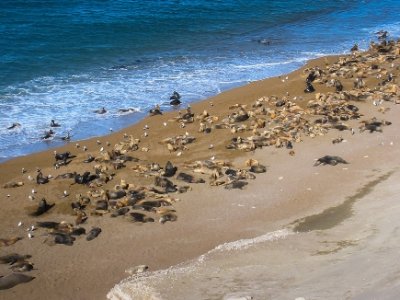 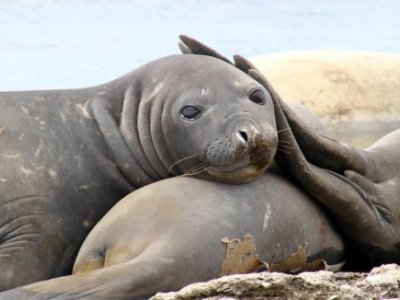 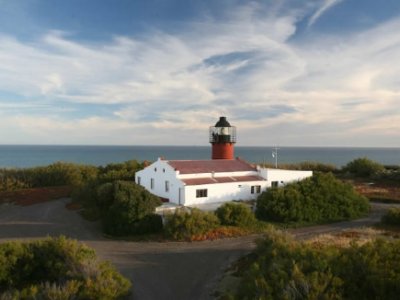 Witness some of the most beautiful wildlife in the world

A full days visit to the Peninsula, leaving Puerto Madryn early to drive north through the flat grey expanse of Patagonian steppes where you might see an occasional rhea, a South American ostrich, guanaco or small deer. To enter the national park and nature reserve named by UNESCO as a World Heritage site, you cross a narrow isthmus where you can look out over the immense waters of the Golfo San José to the left and the vast bay of the Golfo Nuevo to the right. At the entrance also lies the San José Fort regional museum with detailed information and photos on all the species of flora and fauna to be found on the peninsula. Some 25kms further along the road, Caleta Valdés, a 35km long natural creek embraced by a long narrow promontory is home to a colony of sea elephants whos grunting and roaring announces their presence at a good distance while they are still no more than amorphous grey shapes against the sand.

The surrounding rocks and dry grasses are also the natural habitat for storks, guanaco deer, armadillos, Patagonian hares, foxes, eagles and many others. The first recorded inhabitants of the peninsula were the Tehuelche native Indians who wandered the marshy sands of Caleta Valdés in their hunt for guanaco deer and choique, a kind of ostrich, as well as fishing and gathering oysters.

After Caleta Valdés, the road suddenly drops down into a crescent of golden cliffs overlooking a bright blue fan of water which is the bay of the small village of Puerto Piramides, built in the first years of the 20th century as a safe port at the end of the railway line which transported salt from the large glittering salt marshes on the Peninsula to the sea. After the railway closed in 1920 and the salt industry dried up, the town fell into decline for many decades until the local authorities decided to give tourism a boost and promote not only their whale-sighting activities but also the other natural reserves in the vicinity to attract visitors to the area.

The herds of southern right whales (thus named because it was the right whale to hunt for its turpitude and tendency to swim close to the surface) tend to arrive in late August, although some are often sighted as early as June. They frequent the bay of Puerto Piramides, their dark shapes moving through the waves clearly visible from the shore, often blowing fountains of water into the sky. There are boat trips organised into the bay from which you can watch these immensely dignified and pacific creatures gliding past, a calloused rugged head often surfacing right under your nose with large inquisitive eyes, a huge tail slapping spray over the prow of the boat. A great thing to experience whilst on your holiday in Argentina.

Send an Enquiry Book A Callback Call Us
Trustpilot