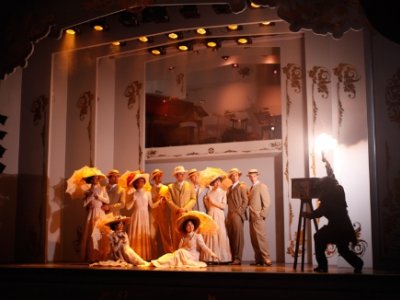 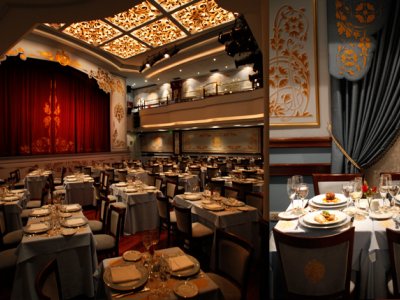 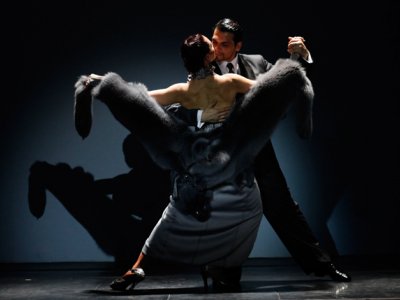 For over a century, Café de los Angelitos was one of the most traditional cafes in Buenos Aires. Founded in 1890 as Bar Rivadavia, it soon became the meeting point for poets, musicians and improvising folk singers or payadores who shared the tables with swindlers and pimps. The story goes that the district's police officials would ironically call the latter group 'little angels'.

This nickname became so popular that several years later, in 1920, the place was renamed Café de los Angelitos (Little Angels Café). It was here where the Godfather of Tango, Carlos Gardel, signed his record contract with Odeón in 1917 (the place was known as his second home).

In 1992 the single story café was shut down and in 2000, 110 years after its inauguration it was torn down. Today it has been completely rebuilt keeping its original bohemian charm and dressings.

The new café is distributed over two floors and a basement with 1500 square metres displaying luxury and distinction in every detail. The modern and elegant interiors still keep the original spirit and hospitality with dark wood, crystal, vitreaux, bronze, and mosaics that evoke the style of the first decade of the 20th century. A popular and well-reviewed Tango Show, a must see if for anyone thinking of visiting Argentina!

Read Reviews
ABOUT US