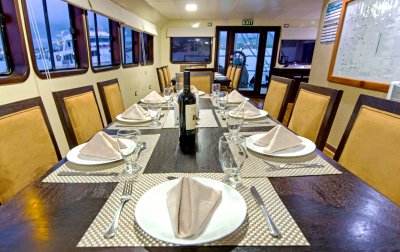 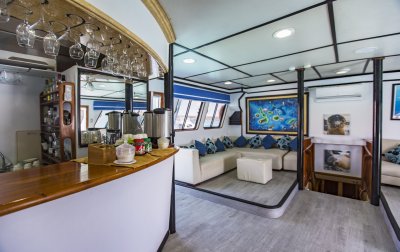 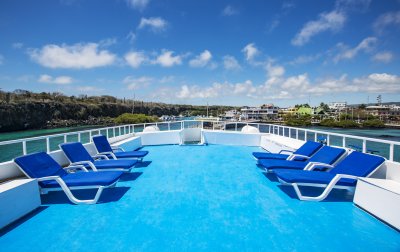 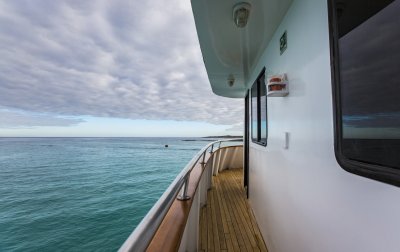 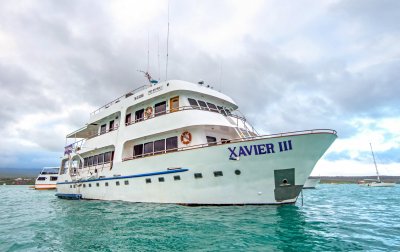 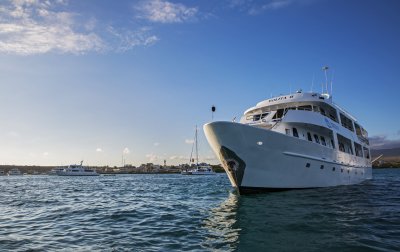 Best Time to Go on a Galapagos Cruise

So, you already know what a day in the Galapagos might be like, and even what your children will be doing if you decide to bring them. But when should you go? Even though the Galapagos Islands are a great all year-round destination, the best time for you depends on your own personal taste, and on what you would like to see, some months are sure to suit you better than others. There are two distinct seasons in the Galapagos - one is cool and dry, going from June all the way to November; the other one goes from December to June, and is a warmer season filled with hotter days, calmer seas, and clearer skies. Each season offers different sights and experiences. In the dry season the Humboldt Current travels north and brings cooler waters as well as a myriad of marine life with it (making it the perfect time for divers to get in on the action); the warmer season is great as well as it brings warmer waters making the perfect time to indulge on long swims with sea lions while enjoying the sun.

Still, even within the same season lots of different things can happen. Before booking your cruise, it is important to go through what goes on in the Galapagos each month so that you know when the right time is to see the wildlife that interests you the most.

To help you with that we have gathered all the information about what goes on in the Galapagos each month of the year.

Despite this being the wet season, the sun is very intense January till May, so if you choose to travel sometime during this period don't forget to bring SPF 30 or higher. Both land and sea temperatures are warming up during this time and when it rains this is usually short and drizzly. You will also be able to see land birds initiating their usual courtship rituals. This is also considered one of the best moments in the Galapagos as green turtles lay their eggs giving tourists an opportunity witness some of the process. Land iguana start mating and become brightly coloured and the frigate birds, flightless cormorants, red footed-boobies, masked boobies, penguins as well as flamingos are breeding and nesting.

During this time the Galapagos Islands become even more colourful as the rain decreases and flowers flourish. This is a great time for snorkelling in the warmer waters which you can now enjoy for longer periods. The beautiful wildlife is at its busiest with sea turtles and land iguanas hatching; in North Seymour red-footed boobies and masked boobies are doing their courtship dance; and on Genovesa Island waved albatross and frigate birds begin mating and nesting. It is also a perfect time to spot sea lions both on sand or water. The average water temperature is 25°C / 77F.

June marks the arrival of the colder season which brings with it the Humboldt Current and its cooler weather conditions. The main difference in this season is that the weather will be windier, the skies cloudier, and the waters cooler and choppier. The wildlife continues to flourish, with sea birds becoming more active: the penguins, land albatrosses enjoy the colder waters and the bounty of fish. This also means that this month is great for diving in the water snorkelling and witnessing the beauty of the lively waters.

July may not be the warmest or the sunniest month in the Galapagos, but the birds don't seem to feel it, as this is a month in which they become very active. During this time, you can witness the fascinating mating ritual of the blue-footed boobies, as well as flightless cormorants performing mating and nestling rituals on Ferdinandina Island. The bright red pouches of frigate bird can be seen on North Seymour, and the albatross are already arriving on Española. It is also mating season for short-eared owls which you can better observe from Genovesa Island. Still the fun is not only in land, the presence of the Humboldt Current begins to strengthen in the sea making nutrients in the water more abundant and the marine life more active. Dolphin and Whales are also more easily spotted, especially when crossing through to Fernandina Island. Snorkelling is like in June, a great activity to pursue during this time.

In August winds are at their strongest on the islands so make sure to layer up a bit more if you plan to travel around this time. Even though the weather is not the warmest, there is still plenty of reason to visit the Galapagos as the wildlife is still very much active. - Giant tortoises for example, are returning to the highlands after their migration on the lowlands back in June. The sea lions enter a very exciting phase as pupping season starts. Lookout for their playful offspring and make sure to take lots of pictures!

This is by far the quietest month to visit the Galapagos. So much so that some operators take full advantage of this calmer season to prepare their vessels in dry dock for the next season. Still nature doesn't stop and there are still plenty of beautiful thing to witness on the islands. In September you will be able to observe the particularly active sea lions (in the western and central islands) as well as various seabirds nesting spots. While on your vessel you might even be lucky enough to view the one of the archipelago’s few migratory species - the humpback whale – which can be seen in the Galapagos’ coastal area from June to September. Last but not least, you can witness the penguin‘s courtship on Bartolome island.

As the end of the year approaches, the stronger winds and colder temperatures start to subside and the warmer weather slowly begins to return. The wildlife is as rich as ever and blue footed boobies are now raising their chicks on Española and Isabela islands. There is still lots of opportunities to see the playful sea lion pups as they tend to circle around whoever is snorkelling. The green sea turtle mating season begins and there is also a good chance of spotting whale sharks and dolphins in north west of the archipelago. Average water temperature is 23°C / 73F.

As December arrives on the islands, the warmer weather starts to be more prominent. The entire archipelago starts to look greener and the wildlife is overall abundant at this point. There will be plenty of sunny days and as usual this is the start and end of mating season for many animals on the islands. While giant tortoises are hatching their eggs, sea lions and fur lions start to breed. Marine iguanas and land iguanas also start mating. The South American holiday season begins as well, and as Christmas approaches, booking your trip early is crucial if you would like to travel around this time.

You can go back to the main guide page by clicking here or read the next article in the guide, what are the best islands to visit in the Galapagos?

Are you in need of some more holiday inspiration? Check our some of our Ecuador itinerary ideas

Enquire About Best Time To Go